This decision will create new job vacancies in Punjab. After the district complex, new Officers will be appointed from the bureaucracy, and after that new jobs will be announced for lower staff from BPS-1 to BPS-18. New Offices will be created on the district level which will include Police Lines, Judicial complexes, District Health authority, District Education Authority, and District Social Welfare department. There are more than 35 departments for any district and thousands of new jobs will be announced.

Chief Minister Punjab Chaudhry Pervez Elahi announced the creation of 5 new districts in the province, Taunsa Sharif, Murree, Wazirabad, Talagang, and Kot Addu have been approved to be districts. In this regard, the Chief Minister of Punjab said that I had announced making Taunsa a district, and in 2018, I announced making TalaGang a district. The facilities will increase, the fruits of development will reach the doorsteps of the people by forming new districts, and the new districts will be set on the path of financial independence.

The notifications of new districts will be issued soon and CM Punjab will inaugurate the District Complex of all new districts after the appointment of Deputy Commissioners and District police Officers DPO for new districts. MNFSR Jobs 2022 at Ministry of National Food Security and Research 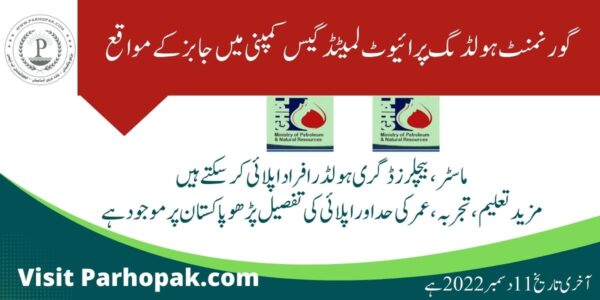